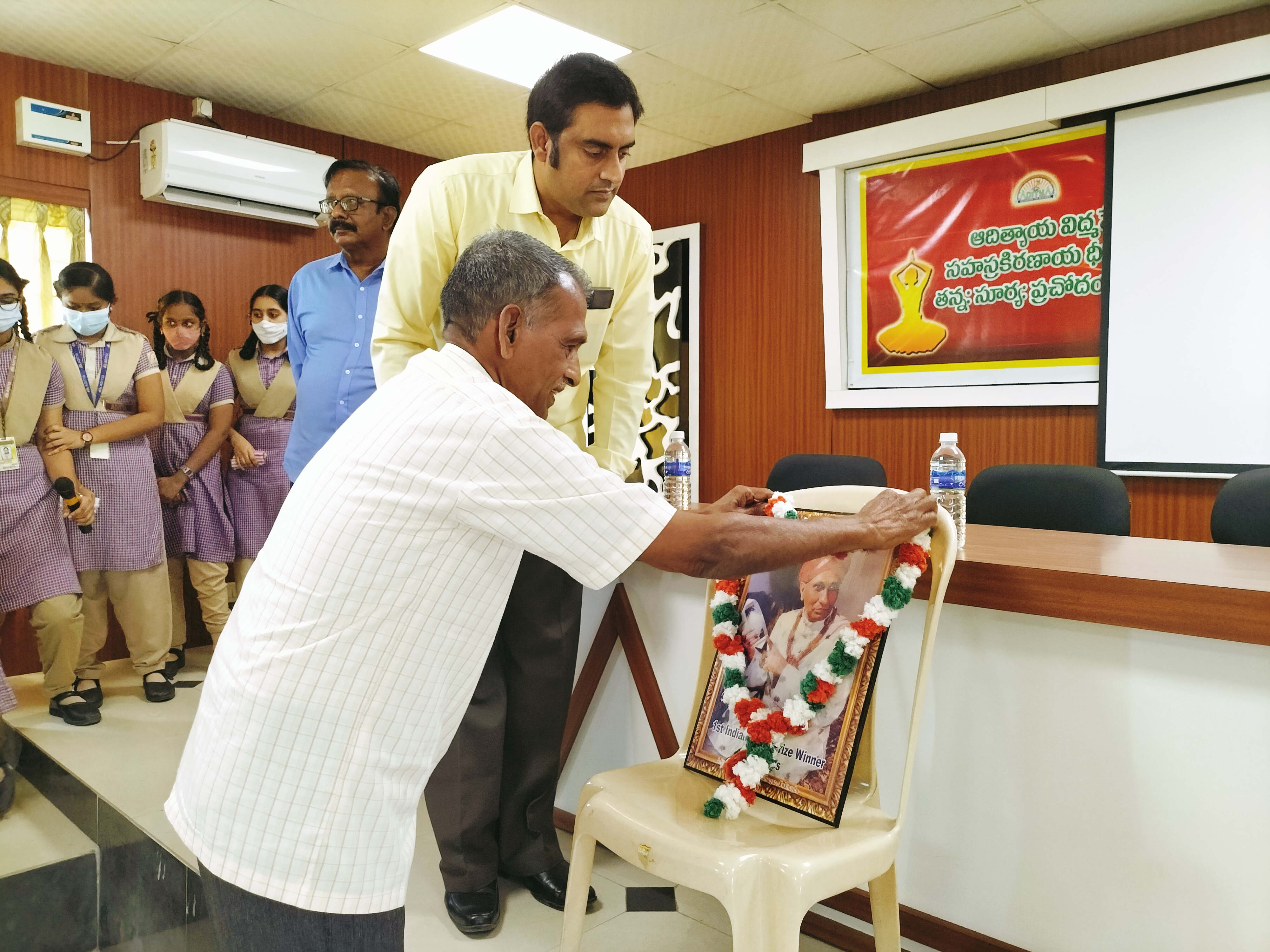 On 28th February every year, India celebrates the National Science Day to mark the glorious achievement of one of (the) India’s best known scientists, Nobel laurate, physicist Sir C .V. Raman who discovered the spectroscopy phenomenon that was named after him as “Raman Effect”. He inspired the Nation to build its scientific and technological powers for the welfare of the citizens. This year’s theme is science & technology for specially abled persons. In this connection Aditya School, Srinagar successfully conducted an interesting and thought provoking Interactive Session with the Man of Science – Mr. Sri Rama a well experienced Engineer from Andhra University, worked as a Chief Engineer, and Managing Director of Andhra Pradesh Heavy Machinery and Engineering Ltd, who also visited many countries round the globe as a part of his service. The program was initiated by our Director Smt. Sruthi Reddy Madam, and the chief guest Mr. Sri Rama delivered a very stimulating lecture on Science Vs. Superstition addressing the ADAPT students of the campus. Principal Sri. T. Ramesh spoke elaborately on the importance of questioning before executing using apt examples which kept the students in rapt attention. It was an interactive session where children came up with many doubts and were answered by the dignitaries patiently and elaborately, which attracted the bright young minds into taking science subjects as a career choice and contribute to the Nation’s Development. Finally the program was concluded with the Vice Principal, Mrs. Vijaya Umapathi’s great blessings and motivational words.